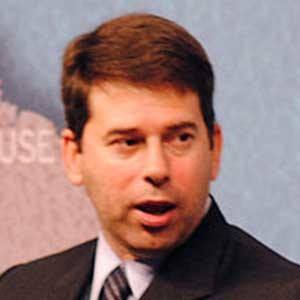 Political scientist who has served as a professor of international politics at Tufts University. He has also served as a senior fellow inside the Brookings Institution's Project on International Order and Strategy, and been published in The New York Times and The Wall Street Journal as a political analyst.

He graduated with his B.A. in political economy from Williams College. He would later earn his M.A. and PhD from Stanford University.

He joined The Washington Post in 2014 as a featured international politics contributor. He has also frequently contributed to Bloggingheads.tv.

He shares two children named Sam and Lauren with his wife Erika.

He has appeared alongside Don Lemon on CNN as a political correspondent.

Daniel W. Drezner Is A Member Of