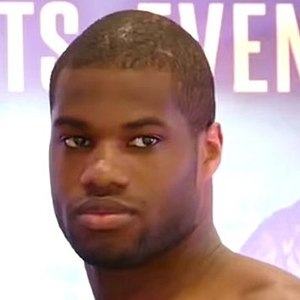 Heavyweight boxer who rose to fame after winning his first fight by knockout in under 40 seconds. He was affiliated with the English boxing manager and promoter Frank Warren.

He initially intended on competing in the 2020 Tokyo Olympics but opted to turn professional instead.

He is the son of Dave Dubois.

He and fellow boxer Anthony Joshua were both born in England.

Daniel Dubois Is A Member Of