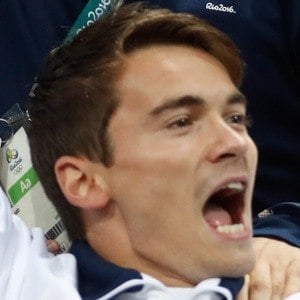 English diver who rose to fame after winning the bronze medal in the Men's 10m Synchronised Platform at the 2016 Rio Olympics. He also won the silver in the same category at the 2016 European Championships.

While studying at Melbourn Village College, he began his diving career in 2011 by winning his first medal at the European Junior Diving Championships.

One of his earliest successes was in 2013 when he won the gold medal in the 10m platform at the Junior European Championships.

He was born to Sharon Goodfellow in Cambridge.

Both he and Tom Daley are divers who have represented England at the Olympics.

Daniel Goodfellow Is A Member Of