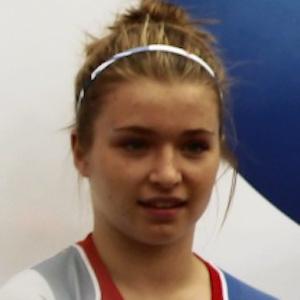 British diver who placed within the top 15 in the 3 meter springboard at the 2012 London Olympics.

She started competing in her first major international diving competitions at age 14.

Her diving career was supported by her mother growing up in Leeds, England.

She and Tom Daley both represented the United Kingdom during the 2012 Olympic diving competition.

Hannah Starling Is A Member Of