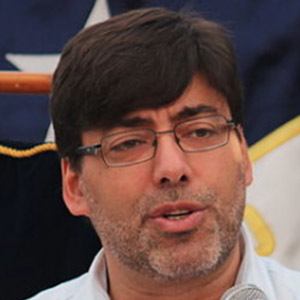 Architect and member of the Communist Party of Chile who became the Mayor of Recoleta in 2012. He has been the chief architect of several major projects including El Centro Cultural de Estación Central and La Casa de la Cultura de Pedro Aguirre Cerda.

He earned his master's degree in urban planning from the University of Chile.

His largest social media presence is on Twitter where he shares his views with over 550,000 followers.

His parents Magaly and Juan were both small merchants.

Federico Sánchez is another successful architect who was born in Chile.

Daniel Jadue Is A Member Of