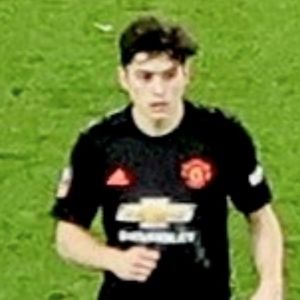 Wales national team player who began his professional career in 2018 with Swansea City A.F.C. In 2019, he signed with Manchester United to play winger.

He attended South Hunsley School and was a highly regarded prospect out of Hull City. He finished his youth career in Swansea City's system.

He qualified to play for Wales thanks to his father, Kevan.

He made his full Wales debut under manager Ryan Giggs.

Daniel James Is A Member Of