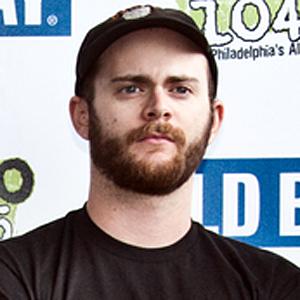 South African guitarist and one-fourth of the alternative rock band Kongos with his three brothers, Johnny, Jesse, and Dylan. They rose to fame with their chart topping single "Come With Me Now." They have toured worldwide with Kings of Leon and Young The Giant.

He and his brothers formed the group in 2007 but they didn't go mainstream until the release of their single "Come With Me Now" in 2011.

Their hit song "Come With Me Now" has been widely used in pop culture including as the theme song in WWE's Extreme Rules and in the television show CSI: Crime Scene Investigation.

He and his brothers were born to popular recording artist John Kongos and wife Shelley. They were raised in London and South Africa and all started out playing the piano.

He got into guitar after listening to guitarist Jeff Beck.

Daniel Kongos Is A Member Of