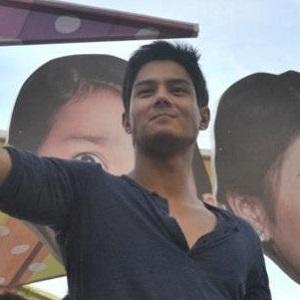 Model known for his work with Cosmopolitan-Philippines who went on to compete on the ABS-CBN reality series Pinoy Big Brother. He has appeared in TV5 shows such as Misibis Bay, Game N Go and Enchanted.

Also a soccer player, he played midfielder with the Kaya Football Club. He also played for Pachanga Diliman and Stallion.

In 2014, he appeared as a celebrity judge on an ABS-CBN reality program called It's Showtime.

He was born in Brasilia, Brasil; he grew up with an older sister, Vanessa, and a younger brother, Guilherme. He has dated model Karolina Pisarek.

He and fellow television star Gerald Anderson both appeared on Pinoy Big Brother.

Daniel Matsunaga Is A Member Of