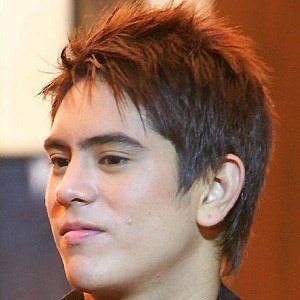 Filipino television and film actor who appeared on ABS-CBN shows such as "My Girl" and "Sana Maulit Muli." In 2017, he began appearing as Gabriel on Ikaw Lang Ang Iibigin and as Bernard on Maalaala Mo Kaya: Reunited.

His 2006 appearance on the reality show, "Pinoy Big Brother: Teen Edition," launched him into fame.

He was born in the Philippines and moved with his family to Texas at the age of three before returning to his birth country in his early teens. He and Julia Barretto have been romantically linked.

He appeared with Filipina actress, Sarah Geronimo, in the 2011 film, "Catch Me, I'm in Love."

Gerald Anderson Is A Member Of

The Two of Us
Budoy
33 Year Olds
TV Actors