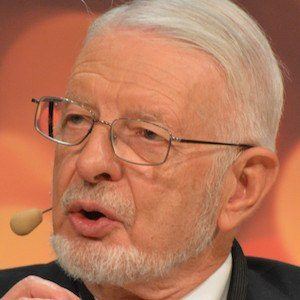 Known for his work in the choice modelling sub-field of econometrics, this American scientist was one of two recipients of the 2000 Nobel Memorial Prize in Economic Sciences. He taught at both the University of California, Berkeley, and the University of Southern California.

After graduating from the University of Minnesota with a Bachelor of Science degree in physics, he earned a Ph.D. in economics from the same institution.

He was the 1975 recipient of the John Bates Clark Medal.

A native of Raleigh, North Carolina, he later lived in Minnesota, Massachusetts, and California.

His contemporary, fellow American scientist Dian Fossey, had a successful career as a zoologist.

Daniel McFadden Is A Member Of