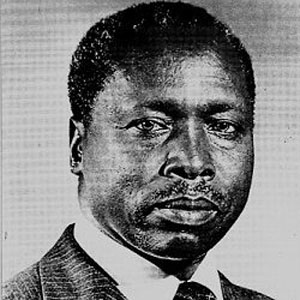 Politician who served as Kenyan President from 1978 to 2002. His administration was rife with abuses of human rights, as was discovered by United Nations and Amnesty International investigations.

He established the Kenya African Democratic Union in 1960.

He was known by fellow Kenyans as "Nyayo," which his the Swahili word for "footsteps" and, as the second President, he often proclaimed he was following in the footsteps of the country's first President.

He and Uhuru Kenyatta both served terms as President of Kenya.

Daniel Arap Moi Is A Member Of