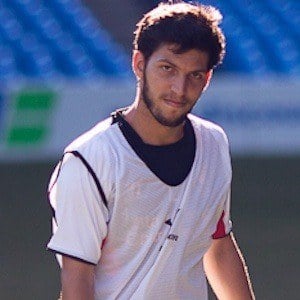 Attacking midfielder and winger who's become known for his play in the Segunda Division in Spain. He made his professional debut in the Premier League, playing for Liverpool.

He grew up playing with Barcelona's youth club before joining Liverpool in 2007.

He represented Spain at every international level from U16-U21. He made his La Liga debut in 2011-2012 when he was loaned to Rayo Vallecano.

He grew up in Pizarra, Spain.

He and Antonio Adán both signed with Real Betis in 2014.

Daniel Pacheco Is A Member Of