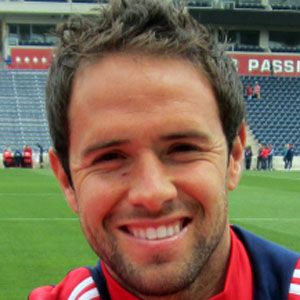 American midfielder who began his MLS career with the Los Angeles Galaxy in 2006. He played for the Chicago Fire from 2011 to 2013 before joining the Columbus Crew.

He played college soccer at Cal State Northridge from 2002 to 2005.

He was named to the USSF D-2 Pro League Best XI team in 2010 while playing with the Carolina RailHawks.

He joined Landon Donovan on the LA Galaxy in 2006.

Daniel Paladini Is A Member Of