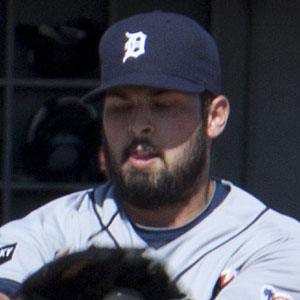 MLB relief pitcher who began his career with the Arizona Diamondbacks in 2009.

He pitched at the University of Arizona, along with his future Tigers teammate Ryan Perry.

He was raised with two sisters, Avery and Alexandra. He married his longtime girlfriend, Breanne Workman, in 2012.

Daniel Schlereth Is A Member Of