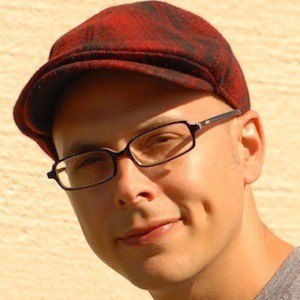 Fiction and non-fiction author and Doctor of Robotics known for his award-winning novels How to Survive a Robot Uprising and Robopocalypse. His writing has been lauded for its mixture of humor and basis in robotic research.

He received his undergraduate degree from the University of Tulsa before attending Carnegie Mellon University, where he received master's degree in robotics and machine learning as well as a Ph.D. in robotics.

He's also worked at Microsoft Research, Xerox, and Northrop Grumman. His novels Robopocalypse and Robogenisis were both LA Times bestsellers.

He was born in Tulsa, Oklahoma and has a younger sibling. He's of Native American descent.

He's written for Popular Mechanics, which at one point employed Lisa Lampanelli.

Daniel H. Wilson Is A Member Of