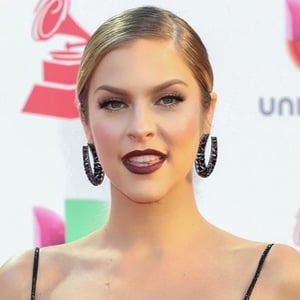 Television show host and former beauty pageant contestant who is best known for her work with the Univision network. In 2006, she won the Miss International beauty pageant competition in Tokyo, Japan and Beijing, China.

She was crowned Miss Venezuela International in 2005.

She worked for the Venezuelan channel Televen.

She is originally from Venezuela.

In November 2017, she was photographed with actor Mark Wahlberg.

Daniela Di Giacomo Is A Member Of