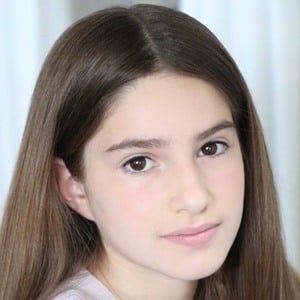 Actress and singer who was cast as Catherine, the daughter of Katie Holmes' character Hazel, in the TV movie No Apologies. The music videos for her songs "Top Spot" and "She Gets Away With Everything," which are featured on the Funniflix YouTube channel, have earned several million views each.

She appeared in a commercial for Lee Jeans in 2014.

In 2017, she was featured in the music video for the MattyB song "On My Own," which has earned over 70 million views.

Other performers who have been featured on the Funniflix YouTube channel include Ivey Meeks and the Haschak Sisters.

Daniela Marder Is A Member Of