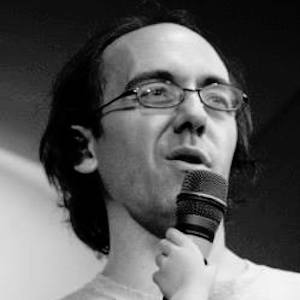 Italian writer, professor, philosopher, and martial artist known for his books On the Warrior's Path and 50 Things You're Not Supposed To Know: Religion, which focus on martial arts and religion, respectively. He's taught at several universities in California and he created the podcast The Drunken Taoist.

He studied Anthropology and American Indian studies at UCLA, as well as history at Cal State Long Beach and Cardiff University. He published his first book, which he co-wrote, at the age of 20.

A black belt in kung fu san soo, he fought in two sanctioned mixed martial arts fights in Italy in the late 2000s, winning both.

He was born in Milan to Franco and Gloria Bolelli, both published authors.

Daniele Bolelli Is A Member Of