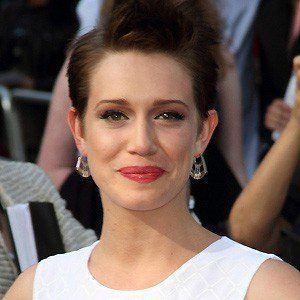 She started studying dance at the age of three, and attended the Rubin Academy of Music and Dance.

She made her debut on the TV series Reds when she was only 14, playing the main character for the two seasons it was on the air.

Her father was in an anti-aircraft unit with the Israeli Defense Forces, and her brother was a Cobra pilot.

Daniella Kertesz Is A Member Of