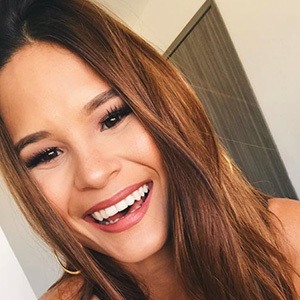 Makeup and fashion content creator primarily known for her contributions to the platform Instagram where she has garnered more than 120,000 followers. Her handle is @testarosa_.

She is a YouTube video creator as well, and posted a debut video called "Esta soy yo! ¿cuéntame quien eres tu?" in October of 2015.

Her Testa Rosa YouTube channel has a popular video called "Reto De Maquillaje con Kimberly Reyes." The majority of her videos are beauty related, but she also posts tag videos and vlogs.

She has collaborated with fellow Instagram star Caro Losada.

Daniella Testarosa Is A Member Of