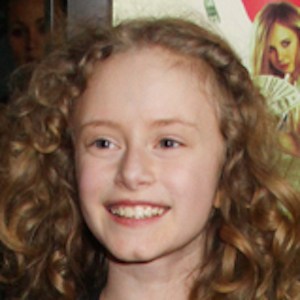 She was a baby when she was cast in the movie Phoebe in Wonderland. She began acting professionally at the age of six when she appeared on Sesame Street.

She was a guest-star in the television series Person of Interest.

She is from Suffern, New York.

She had a minor role in the Ethan Hawke-starring film Sinister.

Danielle Kotch Is A Member Of