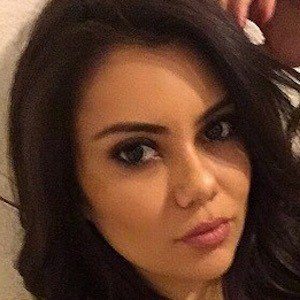 International model who became the host for the World Poker Tour on Fox Sports network. She has also hosted Rockstar Energy Miss Motocross 2010 and modeled for the Hawaiian Tropics Miss Brazil 2010.

She interned at a fashion showroom during her high school days, and the companies at the showroom asked her to model for their trade shows.

She has been featured on SI.com as their "Lovely Lady of the Day." She was a cover model for Elegant Moments and has also been featured by Maxim, Forplay Lingerie and numerous fashion brands.

She is a Los Angeles native of Colombian, Brazilian and Spanish descent. She has a younger sister named Olivia.

She and Brittany Bell both became Royal Flush Girls on the World Poker Tour.

Danielle Ruiz Is A Member Of