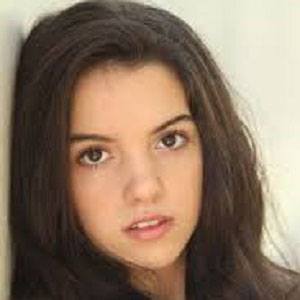 Dog with a Blog cast member who was also a regular on Are You Smarter Than a 5th Grader? She has appeared on Californication, Saving Grace, and Better Off Ted as well.

One of her earliest roles was a supporting part in the 2008 film The Experimental Witch.

She portrayed a Young Fiona in a national tour of Shrek the Musical.

She was born and raised in California. She has a cat named Lucky.

Jeff Foxworthy hosted the game show she was a part of, Are You Smarter Than a 5th Grader?

Danielle Soibelman Is A Member Of