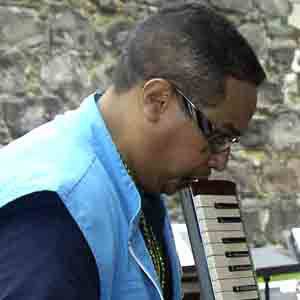 Widely considered among the best pianists of his generation and also one of the most creative jazz composers.

He studied jazz composition at the Berklee College of Music.

His 1994 album The Journey won great acclaim for its innovation and creativity and was placed on the top-10 jazz lists of many prestigious publications.

His bandleader father Danilo Sr. gave him a set of bongos when he was still a young child.

He was greatly influenced by Dizzy Gillespie and performed with Gillespie's United Nations Orchestra from 1989 until 1992.

Danilo Perez Is A Member Of