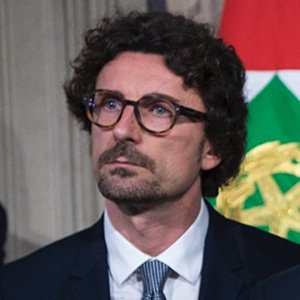 He graduated with his law degree from the University of Brescia in 1999. That same year he began serving as an Officer in the Carabinieri Corps. He first started running for political positions in 2010 and in 2013, he was elected Deputy in the Italian General Election.

He is known for often collaborating with the Italian Bicycle Friends Federation to pass laws and regulations to protect cycling mobility.

He was born and raised in Soresina, Italy and shared a photo with his wife and two children to Instagram in September of 2018.

He served as Minister of Infrastructure and Transport under Prime Minister Giuseppe Conte.

Danilo Toninelli Is A Member Of