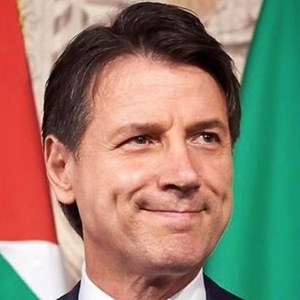 Italian politician who rose to fame as the 58th Prime Minister of Italy upon assuming office in June 2018. He was appointed to the position as Western Europe's first populist government, and became the first Prime Minister to serve without prior government experience since 1994.

He earned his law degree with distinction from La Sapienza University of Rome in 1988. He later studied at Yale Law School and Duquesne University.

He has served on the Board of Trustees at John Cabot University in Rome, Italy. In 2018, his new government was often praised by then-US President Donald Trump.

His parents' names are Nicola and Lillina.

He became the first Italian Prime Minister to serve without political experience since Silvio Berlusconi's appointment to the post in 1994.

Giuseppe Conte Is A Member Of