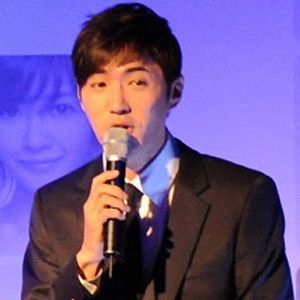 Best known as a rapper and pop singer with an all-male, South Korean-based band called Groove Over Dose, he also had a career as an actor, appearing in such Korean films and television series as Crazy Waiting and The Fugitive: Plan B.

After studying acting at Dankuk University, he made his professional music debut as a back-up singer (rapper) for vocalist Uhm Junghwa.

He played the role of Baekho in a Korean television series called The Slave Hunters.

He was born in Seattle, Washington, U.S.A., to South Korean parents.

He and his pop music contemporary Park Bom both performed with single-gender South Korean bands. Park Bom was a member of a girl group called 2NE1.

Danny Ahn Is A Member Of