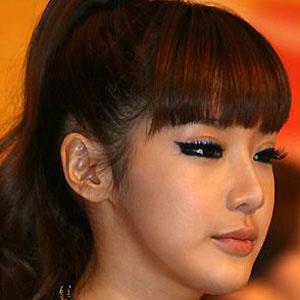 Korean hip hop artist who became a member of the all-girl group 2NE1 alongside Minzy, CL and Sandara Park.

She attended the Berklee College of Music and collaborated with groups like Big Bang.

She released the #1 singles "You and I" and "Don't Cry" as part of her solo career.

She has a sister named Park Go-eun.

She collaborated with G Dragon on the single "Anystar."

Park Bom Is A Member Of