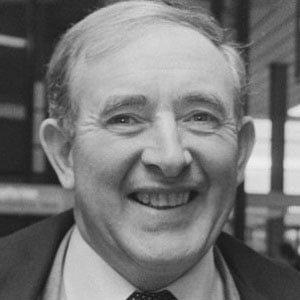 Between 1946 and 1964, this soccer midfielder played for Northern Ireland's Glentoran Football Club and England's Barnsley, Aston Villa, and Tottenham Hotspur clubs. He scored twenty-nine goals over the course of his career, including two as a member of Northern Ireland's national team.

Before beginning his athletic career, he trained as an electrician and served in the Royal Air Force. While still an amateur soccer player, he was a member of University College Dundee's football team.

During the late 1970s, he managed the Northern Ireland and Chelsea football teams.

The oldest of five children, he was born in Belfast, Northern Ireland, to Selina and John Blanchflower. His brother Jackie Blanchflower also became a professional footballer, playing for both the Northern Ireland national team and Manchester United.

In the early 1960s, he and English winger Stanley Matthews both played briefly for Canada's Toronto City soccer team.

Danny Blanchflower Is A Member Of