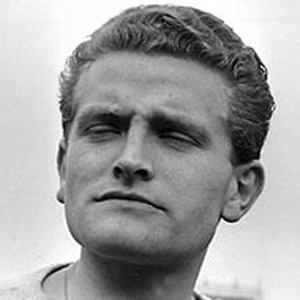 Legendary forward and midfielder of Juventus who won five titles and two Italian Cups in his 15 seasons with the club, from 1946 to 1961. He was a member of the Italian national team from 1947 to 1960, appearing in 38 matches.

He started his career with Juventus at age 18 on the day after World War II ended.

He went into the business side of soccer with Juventus after retiring from playing, eventually becoming the president of the club.

His nephew, Filippo, also played with the Juventus.

He was later surpassed in goals scored for Juventus by Alessandro Del Piero.

Giampiero Boniperti Is A Member Of