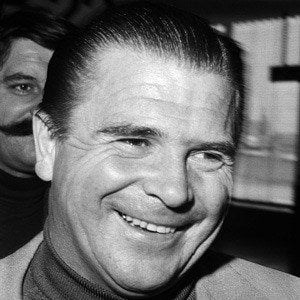 Forward who scored 508 goals in his 521-game club career spent with Budapest Honved and Real Madrid. He was a member of the Hungarian national team from 1945 to 1956.

He was born in Budapest and raised in Kispest.

He won three Euro Cups, a World Club championship, and an Olympic gold medal during his career.

He followed in his father's footsteps, playing in the junior leagues with Kispest AC.

Ferenc Puskas Is A Member Of