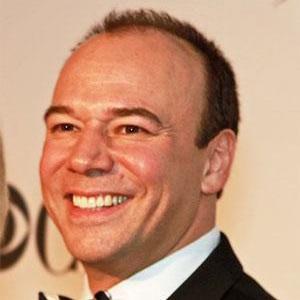 Acclaimed actor who earned his fourth Tony Award nomination in 2013 for his performance in Golden Boy, having previously been nominated for roles in Follies, South Pacific, and The Drowsy Chaperone.

He attended Queens College before receiving his Master of Fine Arts degree in acting from the University of California, San Diego in 1990.

He married Rebecca Luker in 2000, and they had two sons, Alexander and Zachary.

He starred with Jan Maxwell in Follies on Broadway.

Danny Burstein Is A Member Of