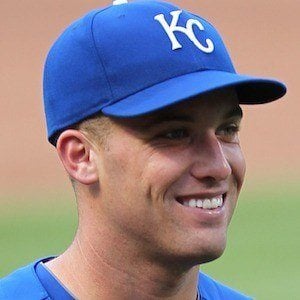 Pitcher who began his major league career with the Kansas City Royals in 2011 after originally being selected in the third round of the 2007 MLB Draft. He won the AL Pennant with the Royals in 2014 and the World Series with the team in 2015.

He played baseball and basketball at Cabrillo High School in Lompoc, California.

In 2009, he was named a Carolina League All-Star and represented the Royals in the All-Star Futures Game. In 2011, he pitched for the United States national baseball team in the Pan American Games Qualifying Tournament.

He married Sara Mouzabi. Both of his parents worked in law enforcement.

He and Yordano Ventura were members of a Royals pitching staff helped the team reach the 2014 World Series.

Danny Duffy Is A Member Of