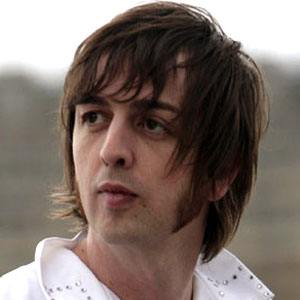 Drummer and singer with the Britpop band Supergrass who went on to become the drummer for Babyshambles.

He attended Henley College and was in the band The Jennifers. His first band was called The Fallopian Tubes.

He started a solo project called Van Goffey in 2006.

He has three children with his wife .

He has performed with Paul McCartney.

Danny Goffey Is A Member Of