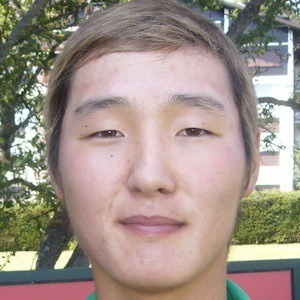 Known for his career in the PGA Tour. In August 2008, he became the then-youngest winner of the US Amateur tournament at age 18 years, 1 month old.

Following his US Amateur win, he was ranked #1 in the World Amateur Golf Rankings. He subsequently turned pro in April 2009.

He finished as the runner-up at the 2015 Tour Championships. At the end of that year, he was ranked #9 in the FedEx Cup rankings.

He moved to New Zealand at age 8 with his family. He became a naturalized New Zealand citizen at age 18.

He broke Tiger Woods' age record of being the youngest to have won the US Amateur tournament in August 2008.

Danny Jin-Myung Lee Is A Member Of