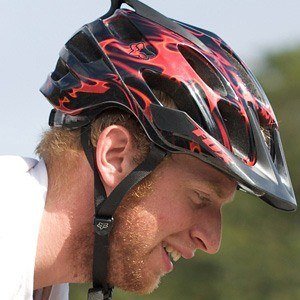 Scottish street trials cyclist nicknamed 'Danny Megaskill,' who gained internet fame for his trick videos on Youtube. He has appeared in a number of cycling documentaries, including 2016's Wee Day Out.

He developed an interest in cycling as a child. He grew up riding around Edinburgh, Scotland, practicing his tricks on his bike.

He was a 2012 Adventurer of the Year Award nominee. In March 2022, he partnered with Mous for a social media advertisement, touting their durable cell phone cases as his go-to for extreme sports. He also publishes behind-the-scenes videos to his YouTube channel.

He and Bradley Wiggins are both famous cyclists from the United Kingdom.

Danny Macaskill Is A Member Of