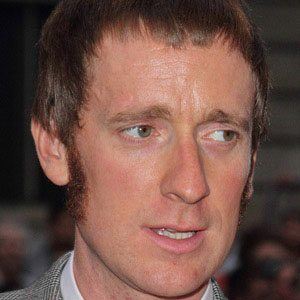 Professional cyclist, known for becoming the first British winner of the Tour De France in 2012.

He first began bicycle racing at the age of 12.

He married Catherine Wiggins in 2004; the couple has two children.

He became one of the world's most dominant cyclists after the career of Lance Armstrong started to plummet.

Bradley Wiggins Is A Member Of