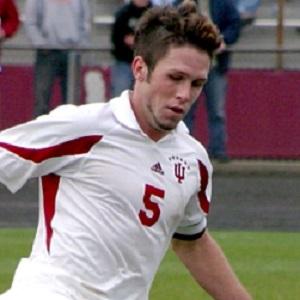 American soccer defender who began his MLS career with the San Jose Earthquakes in 2005.

He played college soccer at Indiana University from 2001 to 2004.

He won the MLS Cup with the Columbus Crew in 2008.

His father Dan O'Rourke played in the NFL for the Houston Oilers.

He played for the San Jose Earthquakes, where Landon Donovan spent a portion of his MLS career.

Danny O'rourke Is A Member Of