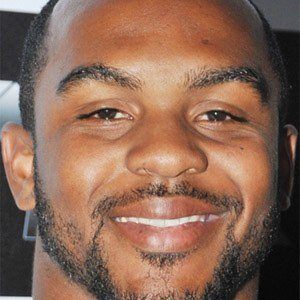 Cornerback who began his NFL career with the Indianapolis Colts in 2007. After two years with the Colts, he played for the San Diego Chargers from 2009 to 2011 and the New York Giants in 2012.

He is the son of Ronald and Catana Hughes.

He was on the New York Giants with Eli Manning as quarterback.

Dante Hughes Is A Member Of