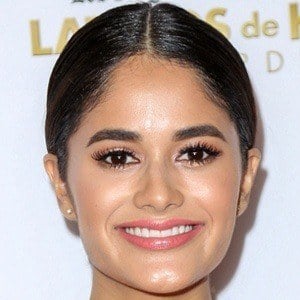 American actress who first came to prominence playing Darlita on the soap opera The Bold and the Beautiful. She made her big screen debut playing Rosa in Everything, Everything, the 2017 adaptation of the young adult novel of the same name.

She grew up in Whittier, California and later moved to Los Angeles.

Her brother underwent brain surgery in 2017.

She co-starred with Amandla Stenberg in Everything, Everything.

Danube Hermosillo Is A Member Of