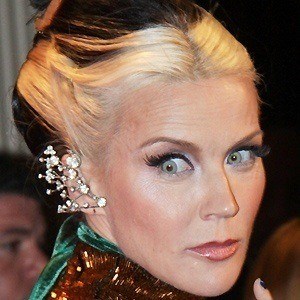 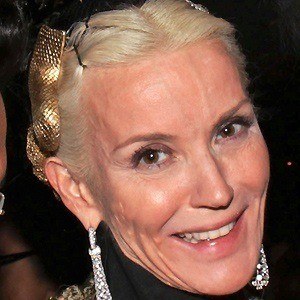 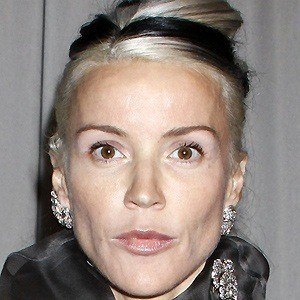 British-Irish model, artist, filmmaker, and Guinness Brewery heir. A favorite of Karl Lagerfeld, NARS, MAC, Akris, Gareth Pugh, and Philip Treacy, all of whom courted her talents. She was best friends with fashion designer Alexander McQueen.

She met many famous artists during her youth, especially during holidays in Cadaqués in Barcelona where her family's neighbors included Salvador Dali, Man Ray, Marcel Duchamp, Dieter Roth, and Richard Hamilton.

Her short film, "Cashback," was nominated for an Academy Award in 2004.

She was born into wealth and royalty, her father being Jonathan Guinness, 3rd Baron Moyne. Her privileged upbringing allowed her to experiment, from a young age, with eccentric fashion. She was married to Spyros Niarchos, with whom she had three children, and she was also romantically linked to the French philosopher, Bernard-Henri Levy.

She was asked by designer Tom Ford to appear as the closing act for one of his fashion shows.

Daphne Guinness Is A Member Of