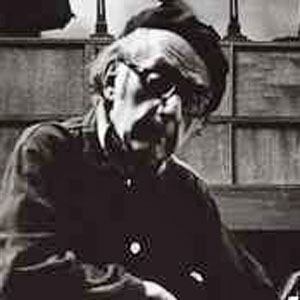 Most famous for his paintings and works of fashion photography, this twentieth-century visual artist is associated with both Surrealism and Dadaism. His most famous works include Noire et Blanche (a 1926 photograph); The Misunderstood (a 1938 painting); and L'Etoile de Mer (a 1928 experimental art film).

After taking several classes each at the Art Students League and the National Academy of Design, he began his artistic training in earnest at the Ferrer School (also called the New York City Modern School).

In the late 1990s, ARTnews magazine included Ray on a list of the Twentieth Century's Twenty-Five Most Influential Artists.

Born Emmanuel Radnitzky, he grew up in Philadelphia, Pennsylvania and Brooklyn, New York as the son of Russian-born Jewish immigrants. In his early thirties, he settled in Paris, France and later lived in Los Angeles, California with his wife, dancer Juliet Browner (he also had a lengthy relationship with fellow artist Alice Prin, a.k.a. "Kiki de Montparnasse").

He and fellow Surrealist Max Ernst were contemporaries and close friends.

Man Ray Is A Member Of