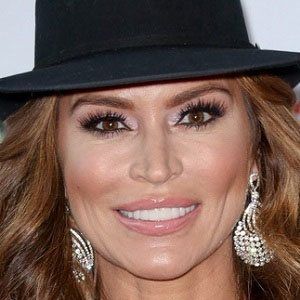 American actress who has been a tabloid sensation for her relationships with high-profile men like actor Jean-Claude Van Damme and suntan lotion tycoon Ron Rice. As an actress, she is best known for her appearances in films like the 1994 video game adaptation Street Fighter.

She was a model for Hawaiian Tropic and made her screen acting debut in the role of Donna in the 1989 comedy Think Big.

In the 2000's she developed a love of rodeo barrel racing and appeared as herself on the A&E reality series Rodeo Girls in 2013.

She has a daughter named Sterling with Ron Rice and son named Nicholas with Jean-Claude van Damme. She has also been married to Larry Ray Robertson, Brian Snodgrass and Herbalife founder Mark R. Hughes.

She was directed by John Paragon in the 1992 comedy Double Trouble.

Darcy Lapier Is A Member Of