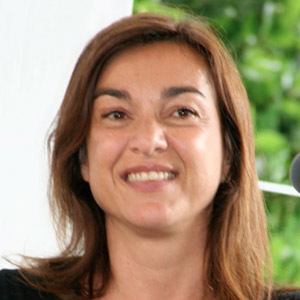 Italian novelist and television personality who became known for hosting the show Le invasioni barbariche. Previously, she was featured on the popular series Corto circuito, La fattoria and L'era glaciale.

She was a presenter on the 1985 TV special L'America dei miei sogni.

In 2009, she won a Rapallo Carige Prize for her novel Non vi lascerò orfani.

She married journalist Luca Sofri in 2004. Her son's name is Ludovico and her daughter's name is Emilia.

Her voice was heard in the 2014 feature Un fidanzato per mia moglie which starred Luca Bizzarri.

Daria Bignardi Is A Member Of