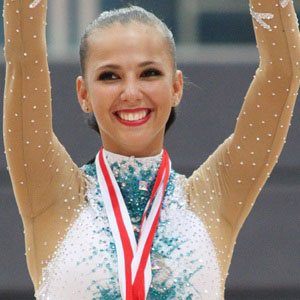 She was born in the city of Irkutsk and first gained major attention in 2008 by winning the junior all-around event at the World Cup.

She retired from the sport due to a recurring leg injury in 2013.

Her mother is artist Galina Davidovna.

She finished behind fellow Russian Yevgeniya Kanayeva in the all-round final at the at the 2012 Summer Olympics.

Daria Dmitrieva Is A Member Of