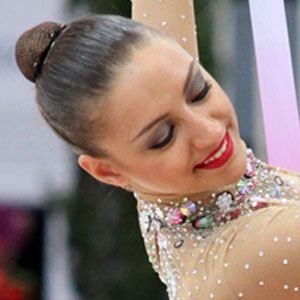 She was born in Omsk and trained at the prestigious School of the Olympic Reserve.

She set records for most World and European titles. She also became the first rhythmic gymnast in history to win gold in all six events at the World Rhythmic Gymnastics Championships.

She was coached by her father, retired Greco-Roman wrestler Oleg Kanaev.

She was presented with the Merit for the Fatherland IV Degree by Russian President Vladimir Putin.

Yevgeniya Kanayeva Is A Member Of