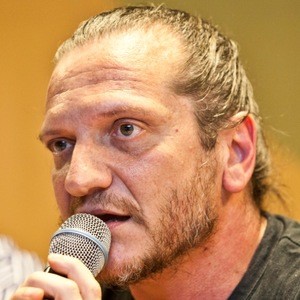 Philosopher, teacher, and presenter who is best known for publishing the 2013 book What is Philosophy for?. He is also known for hosting the television program Lie the Truth through the Canal Encuentro network.

He began his career as a teacher and has worked at all grade levels from primary to university. He began his career in television in 2011 when he started Lie the Truth. He expanded to radio in 2015 and began working as a columnist for Ohlala Magazine that same year.

He is known for having been awarded the Konex Foundation grant in 2017 in the Dissemination discipline.

He was born and raised in Buenos Aires, Argentina and his brother is journalist Mauro Szeta.

Mario Bunge and Juan B. Justo are fellow philosophers also from Argentina.

Dario Sztajnszrajber Is A Member Of