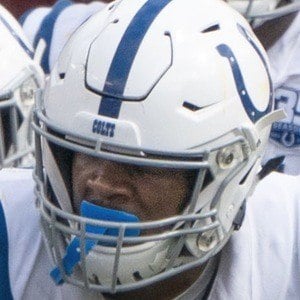 Linebacker drafted in the second round of the NFL Draft by the Indianapolis Colts who led the league in tackles in his rookie season. He was named a First-Team All-Pro and NFL Defensive Rookie of the Year.

He played college ball for the South Carolina State Bulldogs.

He is one of nine children who was born to a single mother. Two of his older brothers were arrested and sentenced to life for murder. He and his fiancee had a daughter in 2019.

Darius Leonard Is A Member Of