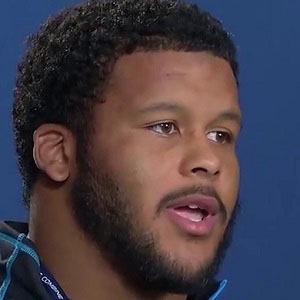 He won the Outland Trophy for the NCAA's top interior lineman in 2013, while anchoring the University of Pittsburgh defense. He was also named a 2013 AP First Team All-American and the 2013 ACC Defensive Player of the Year.

He became teammates with Ndamukong Suh on the Rams.

Aaron Donald Is A Member Of