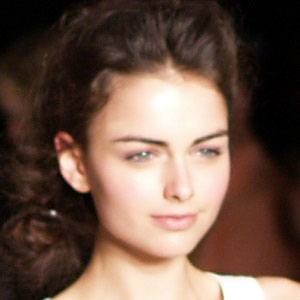 Recognized for her large eyes and trademark pout, this American fashion model is well known for her advertisement campaigns for Giuseppe Zanotti, Sisley, and Chanel, as well as for her runway work for Alexander Wang, Custo Barcelona, and Anna Sui. In addition, she graced the covers of Vogue, Vogue Germany, Numero, and L'Officiel.

She was featured in advertising campaigns for the clothing store Anthropologie and for the department store Bloomingdales.

Born to a family of Native American and Polish descent, she spent her youth in Oregon and later relocated to New York City.

In early 2006, she appeared in a runway show for designer Cynthia Rowley.

Darla Baker Is A Member Of